Even if Emily Post hasn’t quite got round to adding a chapter on it, there are unspoken rules to social media. They boil down to Wil Wheaton’s motto: “Don’t be a dick.”

Here are a few: 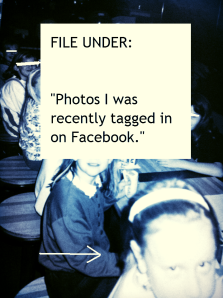 4. And definitely don’t invite me to your friend’s nephew’s private school fundraiser.

5. Don’t trick yourself into believing passive-aggressive comments somehow give you depth.

6. Don’t carry on conversations that really should be private in a place where they clog up a feed.

That is what Facebook has become. It is no longer that small enclave of the internet where you can connect with new genuine friends and reconnect with old genuine friends. That now seems to be Tumblr. Is is no longer that place where you can expose your immense wit and intelligence (or lack thereof) through the sheer power of typing then pressing enter. That is now Twitter.

Facebook is now the place where we try to put our best selves. It’s so carefully curated that to expect a Facebook page to be an accurate representation of a person is to expect the Louvre to be an accurate representation of history. No one’s life is as awesome as they make it seem. They’ve edited out the long, boring nights they spend watching television.

As a co-worker, if you have made your way onto my Facebook list, that means that I would actually consider us friends. If I don’t, and you “friended” me anyway, trust me: it’s only a matter of time before I discreetly unfriend you. At that point, etiquette dictates that you do NOT bring up said “unfriending,” especially not at work in front of everybody; you accept it, stew quietly, and proceed to hate me in silence. I don’t care if you dislike me; that’s why I don’t want to be your friend.

As a co-worker, and a friend, it is your duty to help me shield my private life from the prying eyes of the rest of the world. That means don’t mention around the watercooler that I dressed a clown for the majority of the fifth grade (as several other elementary school “friends” of mine clearly do not understand Rule 1).

Facebook is essentially the curriculum vitae of the social world. Use it wisely.