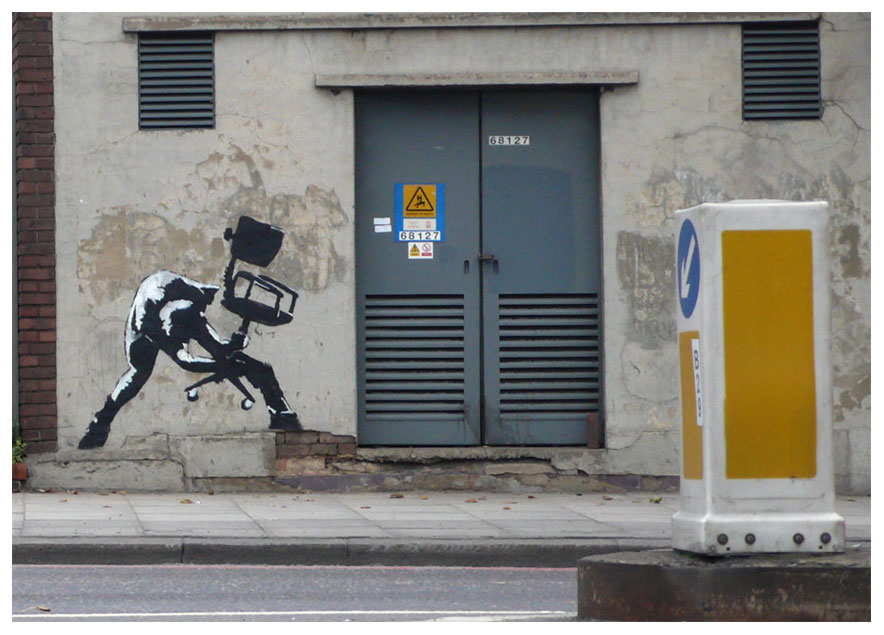 I’m fully aware of issues people have with Banksy: that he’s somehow sold out. As in the fact that he is making tons of money through his canvas works, has made the Oscar documentary long list, and so on, and somehow that doesn’t jive with vandalism/street art (“potato”/”potahto”). I guess it’s not possible to be a darling of the art world whilst still an anonymous graffiti artist. While unconfirmed, some claim his identity has been revealed, and that he’s just a middle-class kid from Bristol. 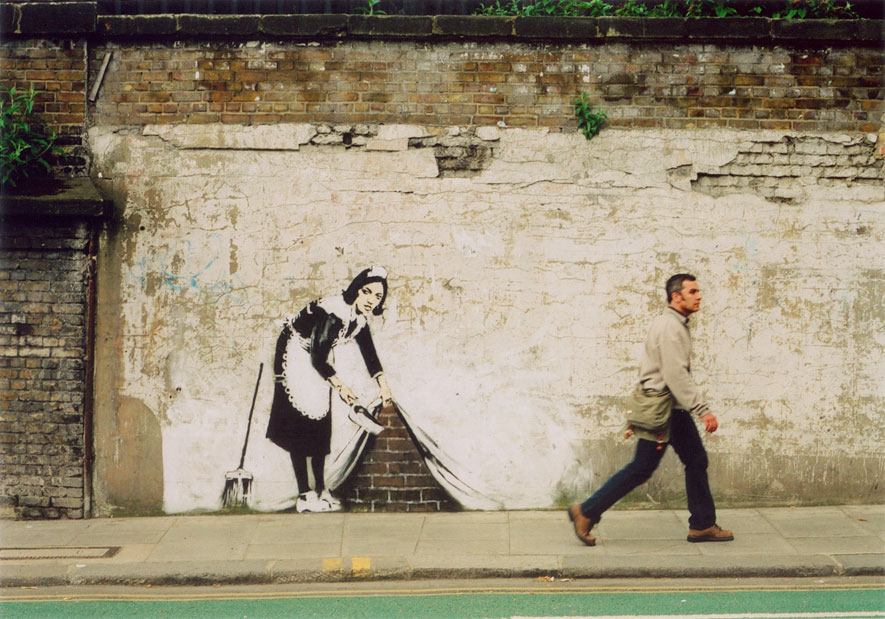 I understand these critiques, I do. Their intellectual and emotional logic is sound. Yet… I still love Banksy. When I look at his work, I just *get* it. Like how I just *get* The Clash, even though some also claim Joe Strummer’s a sell-out. And, surprise surprise, he was middle class, too. Class issues are rife with debate and thick with backstory and ideological weight, but perhaps I *get* these artists because I too am middle class (lower middle class, but still middle class). I carry around both a lot of middle class anger and a lot of middle class guilt (because I’m not supposed to be allowed to be angry at anything). Sometimes it feels that being middle class somehow renders me artistically impotent. It’s an easy criticism for people to throw your way no matter what you have to say, ‘well, isn’t that so middle class?’ As if “Middle Class” were a synonym for “Cutesy” or “Hipster” or “Pastiche” or “Sctick” or “Anne Geddes.” 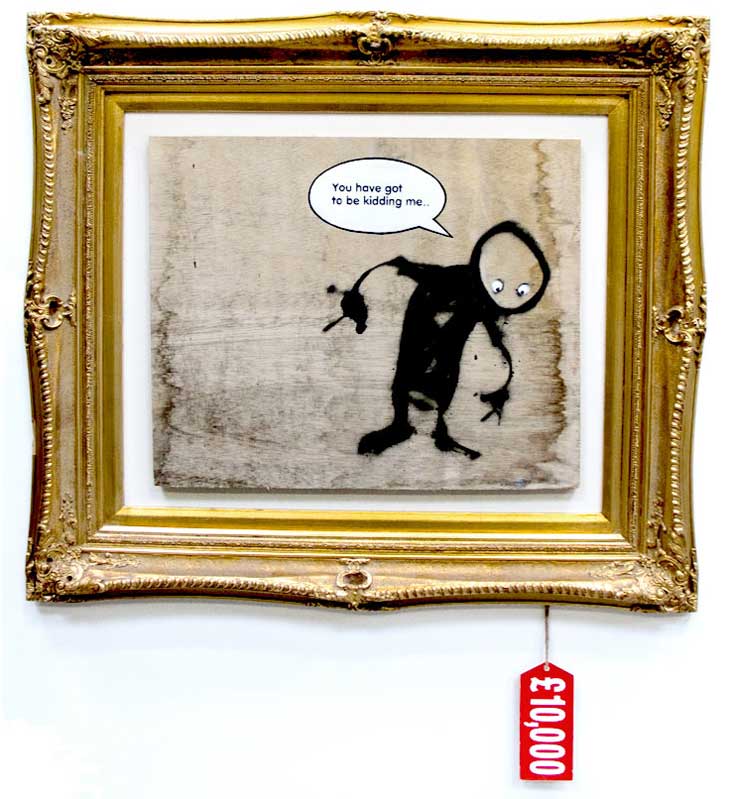 But I understand sometimes. I mean, at what point do you draw the line at being a middle-class WASP-descended Canadian trying to make a point about something before it becomes patronizing and condescending? I get it, okay. I can’t march on behalf of disenfranchised people in other countries without seeming like a knob… etc etc… something about self-determination…. But I can still have an opinion, can’t I? Can’t Banksy? I can do what I can to make money, right? I mean, there’s making art and there’s making money. If Banksy makes money off canvas art, it beats working a day job, right? Does it somehow invalidate the opinions he expresses in the street? 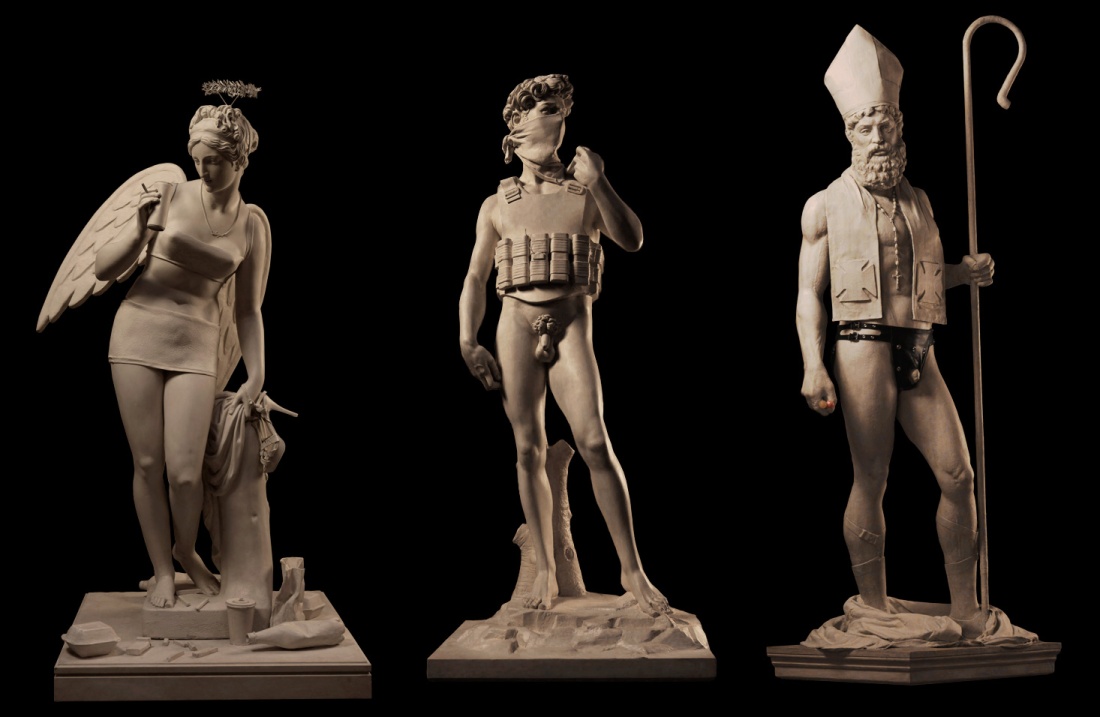 I think the best point Banksy made by being anonymous was that it didn’t matter who the artist was, it was the art that spoke for itself. And that’s kind the way it should be, but we’re a bit too much of a celebrity-based culture, where we need icons we can hold up above our heads like some kind of god (hence: “idol”), as if they are perfect and pristine little synecdoches for a culture. But they are people.

That Simpsons opening credits was a disturbing piece of genius, regardless of who made it.

It’s the art that moves us. 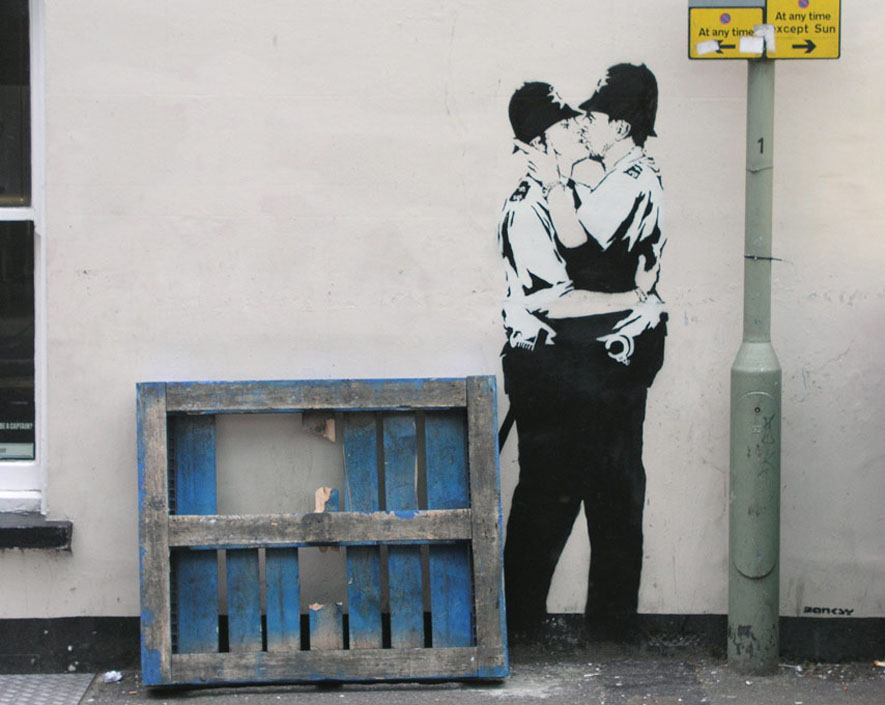