I watched The Triplets of Belleville for the first time a week or so ago, and, as expected, I was blown away. “That makes the top ten,” I instantly thought, which led me to consider what my top ten animated films actually would be. I had to think long and hard about this, and I intentionally tried to cut down on my Disney. Disney films usually are pretty good, but they’re just so… (to borrow a phrase from my roommate)… vanilla.

First things – this list is by no means an attempt for a holistic, omnipotent judgment swung down on animated films everywhere, this is simply the top ten animated films as chosen quite subjectively by me. There are gaps in my cinematic experience (i.e. I’ve yet to see Waltz with Bashir, and my knowledge of Japanese animated classics is regretfully limited).

With that said, this list is skewed towards animated films as best enjoyed by the grown-up audience, that myself, a twenty-something, can enjoy without needing to pry out that Freudian inner child. With that said, maybe I am rather childlike to begin with, as I love a good poop joke.

I remember watching Waking Life awhile ago, and, while impressed with the technical and artistic achievements of the animation, it was distracting. While animation does leave so much room for artistic showing off, when it distracts from the story, characters and dialogue, it’s hard to emotionally commit. Luckily, Waking Life was a trial run for this film, and Richard Linklater seems to have learned this lesson. The style services the story and character (with Robert Downey Jr. giving perhaps my favourite performace of  his career). The visuals are impressive, if slightly awkward and alienating, which is really the point of it all. You can see Keanu Reeves, but you can’t connect with him fully; it’s scraping fitfully to pull itself out of the Uncanny Valley but not quite escaping it. The emotional distance is appropriate – like an elliptical orbit, at times you can connect and at times you can’t. But it works. Those moments when you do connect are all the more powerful because of the distance. Life lesson learned.

So much of my love for this movie harkens back to childhood nostalgia, and fond memories of the giant banana slide at Universal Studios theme park. Watching the film now, it’s intriguing to see the wonderful levels of culture embedded (or zealously shellacked) across this film. A classic retelling of the “streets are paved with gold” motif (in this case, the streets of New York are paved with cheese), the American Dream ideology is perpetuated of course, but there’s something remarkable – and Art Spiegelman-ish – about the fact that the protagonist is a Jewish-Russian mouse. If Disney is vanilla, this film is Spumoni (vanilla, chocolate and pistachio). 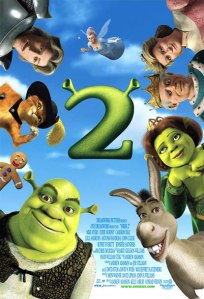 I have never laughed so hard at an animated movie – or any movie – as I did seeing Shrek 2 for the first time. A rare sequel that trumps the original, this CG film was the closest anyone ever got to giving Pixar a run for their money. With just the right postmodern mix of timeless fairy tales and 21st century pop culture, and each character fantastic and memorable in their own wonderful way (my personal favourite being Jennifer Saunders as the Fairy Godmother, even though Antonio Banderas’s Puss in Boots deserved all the credit he got), the Shrek franchise never wore out its welcome… that is, until Shrek the Third. 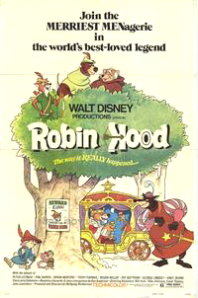 Time Out agrees with me on this one. In junior high, when one of my friends drunkenly admitted to me that she – beyond all comprehension – used to have a crush on Disney’s heroic outlaw when she was a kid, I felt all kinds of relieved to know that I wasn’t the only one. Can you blame us? He’s fox-y…. (ba-dum, chiss! Sorry.) This film combines the best of what makes Disney marketable popular: dashing hero, unplussed heroine, heartfelt narration, a weepy song (“Not in Nottingham”), firm moral lesson about helping the poor, cute poverty-stricken child with a lisp, a hilarious villain (he’s a lion who sucks his thumb and whines for his mother! Brilliant!) and his even better sidekick, Sir Hiss, and an impromptou American football game in the middle of medieval England. Again, it’s Disney.

I’m pretty sure this was only ever on TV, and I had to search the depths of e-Bay to find a copy for my sister (on VHS no less). It’s a clunky but charming Cartoon Network gem that combines Leonard Nimoy with Ray Bradbury and cooks up a fun adventure through time and space to learn the truth about Halloween. It’s also genuinely scary. Four friends are on a quest to the save the soul (not just the life – the soul) of their best friend, while accompanied by a creepy-as-f*ck old man who may or may not be Satan. Hm. Good times. Wild anachronisms, historical inaccuracies, and cultural assimilation aside, it’s better than thinking the best of Halloween is the latest in the Saw franchise. In essence, though, while journeying across time and place exploring the rituals and festivities of different cultures’ associations with death, we get a handy “we are the world” life lesson: Everyone is scared sh*tless of death.

What else can I say? The DVD I watched of this didn’t have English subtitles, but that – and my high school French – was utterly irrelevant. This film showcases everything that is sublime about the contemporary French aesthetic; competing and complimentary senses of melancholy and whimsy in the sombre-yet-brilliant colour palette,  the unique-but-not-alienating character designs, the subtle moments of humour – from the dog chasing its tail to the grandmother’s thick orthotic shoe, and not to mention the catchiest song I’ve heard in far, far too long. I loved that the protagonist was a subdued-but-determined little old lady, aided along the way by three other – yet, far weirder – old ladies. Watch as they take on the mob and win. It’s epic! 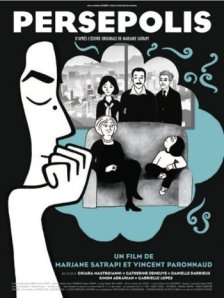 I first caught this film at the Whistler Film Festival a couple of years ago, and loved it even then. The graphic memoirs of Marjane Satrapi had long been favourites of mine, and I was so pleased with this adaptation – which Satrapi herself co-directed. The events of the Islamic Revolution colour Marjane’s life, but they do not define it: she is a product of her country, but an individual nonetheless. The monochromatic animation really does look like the book come to life – and despite (or even due to) the hand-drawn quality, this coming of age tale is far more honestly rendered than any live-action production could have been.

Okay, so this is obviously not entirely animated, but this is a brilliant interlacing between the darkness of the classic film noir detective story and the lightness of the screwball animated comedy short. This film was likely to be any child of the eighties’ introduction to both film noir and the “behind-the-scenes in the golden age of Hollywood” micro-genre. Looking back now, it was a clever commentary – dare I say “deconstruction” – of the familiar Hollywood “types”. By blowing these types up into the caricatures of Jessica “I’m not bad, I’m just drawn that way” Rabbit et al, we’re able to see just what kinds of roles we cast each other in as well.

There’s something sad about walking past a Disney store and seeing reams of Jack Skellington merchandise in the windows. Honestly, though, can you think of any other film that you watch festively for both Halloween and Christmas? Not actually directed by Tim Burton (but Henry Selick) – but forever associated with him – it bears his neo-Goth familiarities. With its classic conventions of vintage horror, from evil scientists to severed heads, Nightmare presents us with the nostalgic Halloween tropes of our youth. The neatly compartmentalised Halloween Town, and all the other holidays living in their own worlds, reminds me of the way that, as a child, you fictionalize what you know of the world to bring some kind of sense to the senseless traditions. Watching this film now, when Jack breaks into the “real world” masquerading as Santa Claus, it feels like the happy memories of one’s childhood rearing back on you. It’s scary, and sadly beautiful. You want to cry for Jack as his sleigh is shot down and those memories of childhood fade away.

Toy Story earned John Lasseter an honourary Oscar the same year it was released. That sort of clinches its legacy right there, doesn’t it? Without Toy Story, there would be no Wall-E, no The Incredibles, no Finding Nemo. I still find Toy Story tops them all. It’s brilliance lies not just in its animation, but in its story. It single-handedly ended the reign of the princess-and-dragon era of Disney films. Its sequel is almost on par, and has many great additions, like Jessie the cowgirl, and Al’s Toy Barn, but the original has what makes it a classic: the timeless banter-turned-bromance between Woody and Buzz. The heart-breaking moment when the duo find themselves abandoned at the gas station, and Woody’s terrified gasp: “I”m lost!” In that moment, you really understand what’s on the line. Buzz’s realization that he is in fact a toy is even more heart-breaking – and frighteningly relatable, like that moment in your childhood when you realized you probably weren’t going to grow up to be Prime Minister or play in the NHL. As Lasseter pulls back we see Buzz at the top of the stairs – indeed not a muscly, heroic space ranger, but a tiny little toy. It’s a masterpiece.